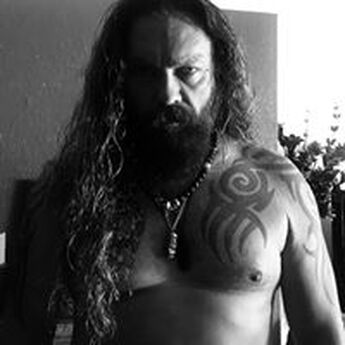 It all started a few years ago when my aunt said that I looked like a guy from Stargate Atlantis, when I checked it out I thought my parents had forgot to tell me something lol we made a joke about it and it was forgotten. Fast forward a few years to justice league and the comments started to happen again and again, but once more I left it alone, then Jason appeared on some UK TV shows and it started to go a bit mad!

Comments from all over the UK wherever I played gigs in my band, "Hey Aquaman's on stage he plays guitar!" "Hey are you that Jason Samosa bloke?" Funny thing is I've always looked this way the long hair and beard and my mom says I'm older than Jason so he looks like me haha.

I was doing a show last Christmas which involved working with some high profile artists from the last 30 years one of which was Tony Martin lead singer with UK legends Black Sabbath who actually called me Aquaman on stage! Which I will never forget!

I was told by so many people to become a professional lookalike but didn't realise it was such big business and a friend of mine graham Arnold who used to do some lookalike work sent a shot of us together to an agency who contacted me the next day asking for pictures but again I left it.
Fast forward to this years London film and comic con, my wife paid for me to meet Jason as a birthday gift, I'm talking to one of the events people when my wife shouted "he's here!" I turn around and there's hundreds of people but Jason stops and stares at me and smiles, the look on his face was brilliant! He said when we met that I could be his stunt double! Met him 3 times that day and got a few moments alone with him, what a genuinely nice guy and so is Mada his buddy/security.
​
Hopefully this is where it all starts so see you out there!